How to Avoid Image Burn on LCD Monitors

An image burn, also known as screen burn-in, ghost image, or screen burn is a permanent discoloration of areas on an electronic display such as cathode ray tube display or computer display monitor caused by cumulative non-uniform usage of the pixels.

With phosphor-based electronic displays, non-uniform of pixels, such as prolonged display of non-moving images can form a permanent ghost-like image of these objects or otherwise degrade image quality. This happens because the phosphor compounds that emit light to product images lose their luminance with use. With uneven usage it results in uneven light output as time goes on, and so in severe cases it can form a ghost image of the previous content. The effects of screen burn are an instant and continual degradation of image quality even if ghost images are not recognizable.

The amount of time it needs to notice the screen burn out depends on many factors, such as the quality of the phosphors employed, or the degree of non-uniformity of sub-pixel usage. It can take as little as only a few weeks to notice the ghosting setting in, especially if the screen shows a certain image all the time, and displays it continually over time. In the scarce case when horizontal or vertical deflection circuits fail, all output energy is concentrated to a vertical or horizontal line on the display which causes almost immediate screen burn. 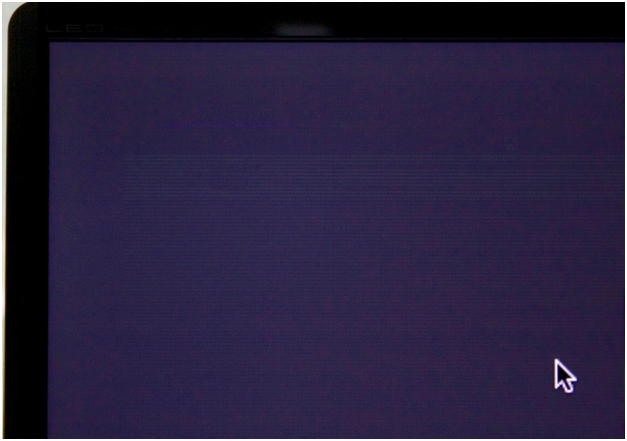 One way to prevent burn out from happening, screensavers should be used. Modern screensavers can turn off the screen when not in use. It will ensure that no pixel or group of pixels is left displaying a static image for extended periods of time since phosphor luminosity is preserved. Sometimes screen savers are not practical. Methods for reducing the rate of burn-in by moving the image slightly does not eliminate the screen burn but can soften the edges of any ghost image that does develop.

Image sticking is a circumstance where a mild outline of a formerly displayed image remains visible on the screen when the image is changed. It is different than burn- in effect. It can happen at different levels of intensity depending on the specific image makeup, as well as the amount of time the core image elements are allowed to remain unchanged on the screen. If the screen is used exclusively for an application, the user may never notice when it happens as the screen never displays other content. It only becomes apparent when an image other than the retained image is shown on the screen.

Like the recommendations for image burn, to avoid image sticking, one can try to not operate the LCD with a fixed image on the screen for more than 2 hours. Operating in an elevated temperature environment can also play a factor in image sticking. Power down the unit during long periods of inactivity will relieve the stress of image sticking. Using a screen saver with black or medium gray background will help with turning down the display when it’s not being in use. Avoid placing the monitor in poorly ventilated areas or in areas that will create excess heat around the monitor.  One way to fix the image sticking problem is to erase a retained image on a panel by running the screen in an “all black” pattern for 4-6 hours. It is also helpful to do this in an elevated temperature environment of around 35 to 50C.