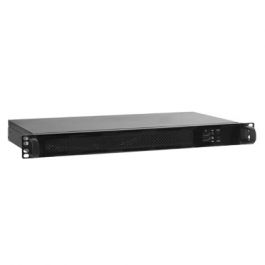 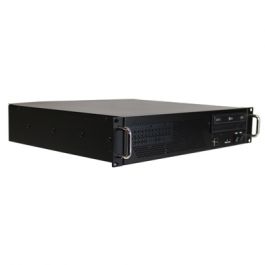 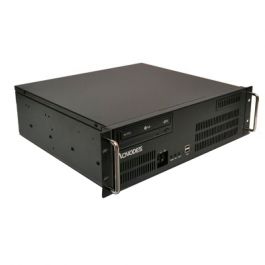 3U Rackmount Computer
3U rackmount computers are fully customizable systems powered by the latest Intel processors with standard industrial ATX motherboards. The 3U rack computers are highly-reliable, flexible systems f... 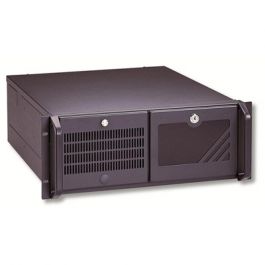 4U Rackmount Computer
4U rackmount computers are fully customizable systems designed for industrial automation, business solutions, and data centers. Integrating the latest Intel processors with a selection of ATX mothe... 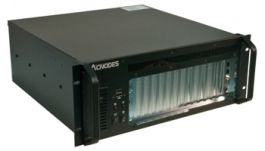 
Rackmount computers have become desirable for a lot of reasons. Besides the computing power that it can hold within, it also possesses some remarkable exterior attributes. These computers are stackable, making it easy to expand and add more servers when the need arises. It was also originally created to be used in industrial applications, therefore, making it resilient to tough conditions that expose it to dirt, water, oil, and grease. Individuals and corporations can benefit from using a rackmount computer because of its affordability and expandability. Rackmount computers come in various rack sizes from 1U, 2U, 3U to 4U high. There are also short-depth rack mount enclosures available for space-limited environments. Everyday business operations that do not require much computing power can use the 1U rackmount computer, which is the smallest of the rackmounts. It is powerful and versatile enough to cater to the basic data center and server necessities. But, if you require a strong and more powerful server, you can turn to the 2U, 3U, and 4U servers which have increased memory support and greater expansion capabilities. Rackmount computers are designed to provide effective and strong protection of sensitive electronics in non-communications environments such as extreme heat, high amount of dust or contaminants, clean room/laboratories, Radio Frequency/Electromagnetic interference, and high shock and vibration. Designed for businesses and data centers, rackmount computers achieve industrial requirements for long-term reliability and stability control platforms. Furthermore, rackmount computers are considered a standardized frame or enclosure for mounting numerous types of electronics equipment. Including the edges or mounting ears, each piece of equipment is usually 19 inches wide, allowing it to be mounted on the rack frame. Cabinet height is described in “Units” (U) and each unit equals an industry standard of 1.75 inches. Rack-mountable equipment is usually designed to occupy a specified number of U. Most rack-mountable computers are between 1U and 4U and some high-availability computing solutions may need as much as 13U.

What is a Backplane?
A backplane (or "backplane system") is a circuit board (usually a printed circuit board) that connects several connectors in parallel to each other, so that each pin of each connector is linked to the same relative pin of all the other connectors, forming a computer bus. It is used as a backbone to connect several printed circuit boards together to make up a complete computer system. A backplane is generally differentiated from a motherboard by the lack of on-board processing power where the CPU is on a plug-in card. Backplanes are normally used in preference to cables because of their greater reliability. In a cabled system, the cables need to be flexed every time that a card is added to or removed from the system; and this flexing eventually causes mechanical failures. A backplane does not suffer from this problem, so its service life is limited only by the longevity of its connectors. Backplanes have grown in complexity from the simple ISA or S-100 style where all the connectors were connected to a common bus. Because of limitations inherent in the PCI specification for driving slots, backplanes are now offered as passive and active. Passive backplanes offer no active bus driving circuitry. Any desired arbitration logic is placed on the daughter cards. Active backplanes include chips which buffer the various signals to the slots.

Expansion Slots - Half and Full Size Slots
An Expansion Slot is an opening in a computer where a circuit board can be inserted to add new capabilities to the computer. Nearly all personal computers except portables contain expansion slots for adding more memory, graphics capabilities, and support for special devices. The boards inserted into the expansion slots are called expansion boards, expansion cards, cards, add-ins, and add-ons. Expansion slots for PCs come in two basic sizes: half- and full-size. Half-size slots are also called 8-bit slots because they can transfer 8 bits at a time. Full-size slots are sometimes called 16-bit slots. In addition, modern PCs include PCI slots for expansion boards that connect directly to the PCI bus.

Understanding the 80 PLUS® Certified Power Supplies
Power supplies absorb AC power (alternating currents) from a wall while transforming it into DC power (direct current). However, power can be lost during the transformation and drained as heat. This is where the 80 PLUS can become so beneficial. Overheating can become a major problem for computer system failure. Too much heat in power supplies demeans its reliability. But in order to reduce heat, 80 PLUS power supplies can increase a computer’s reliability up to 40% according to the Power Electronics Strategies. These power supplies decrease the demand for loud computer fans and lower electric bills in the long run. 80 PLUS certification is given to power supply models that meet an energy efficiency minimum. In order to have certification, these power supplies need to be at 80 percent efficiency, however, the power supply’s efficiency is different towards different loads. 80 PLUS provides Bronze, Silver, Gold, and Platinum levels.